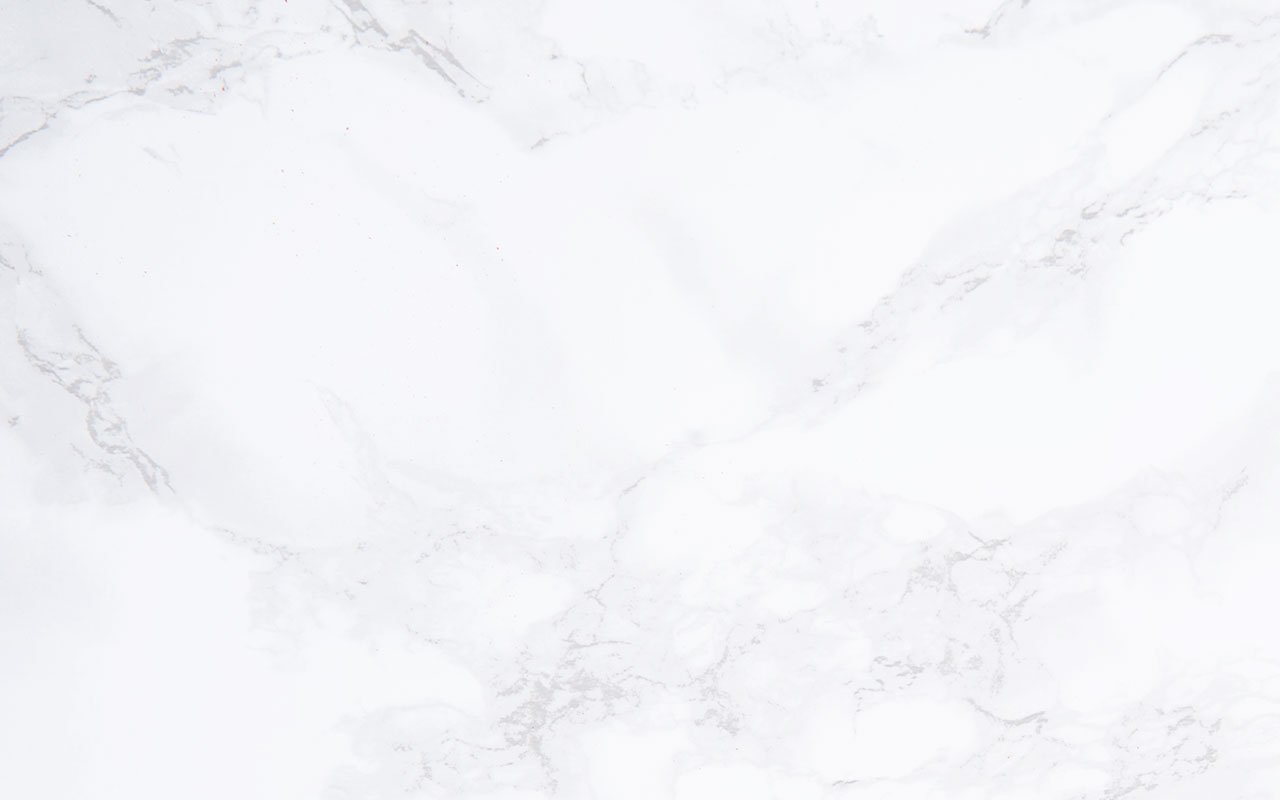 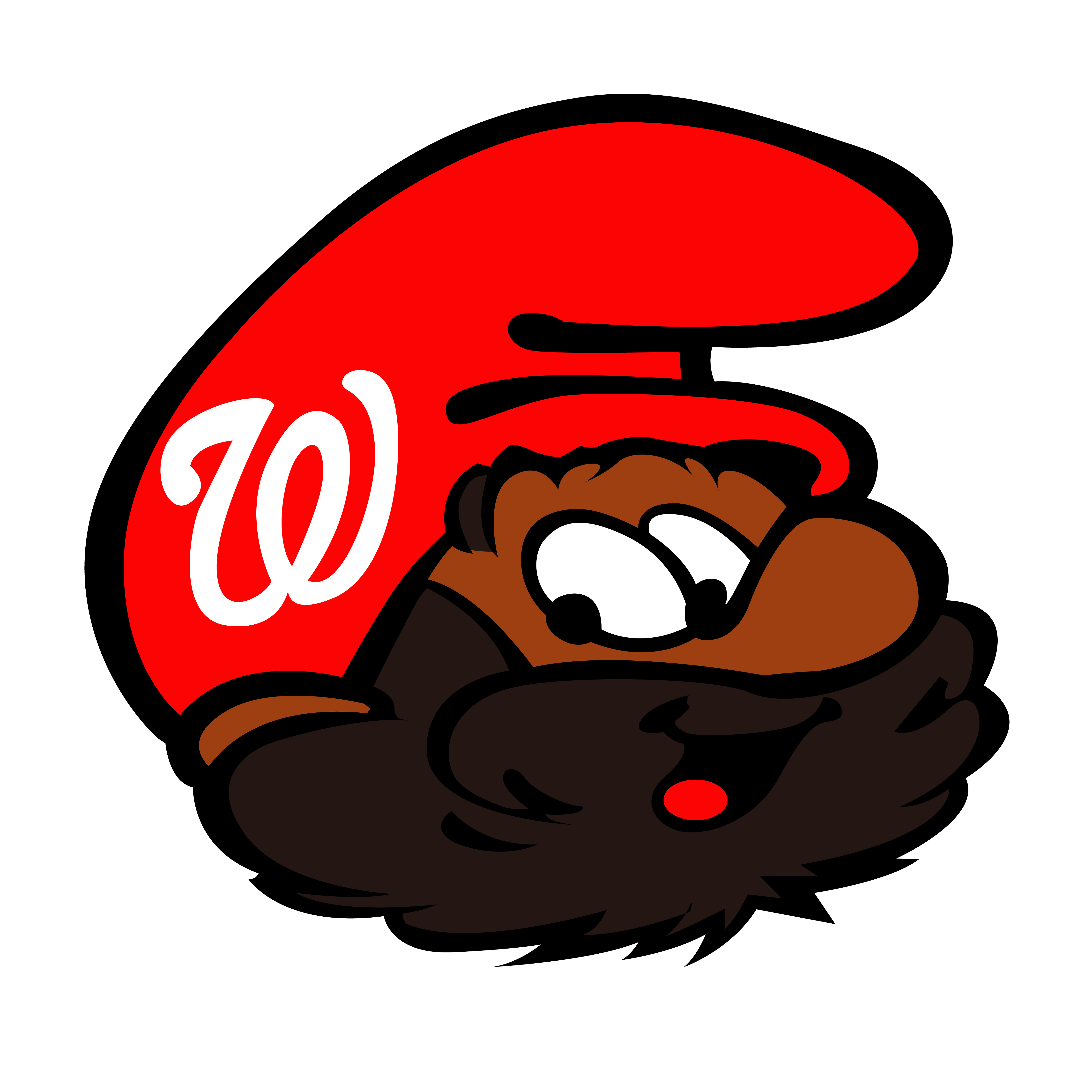 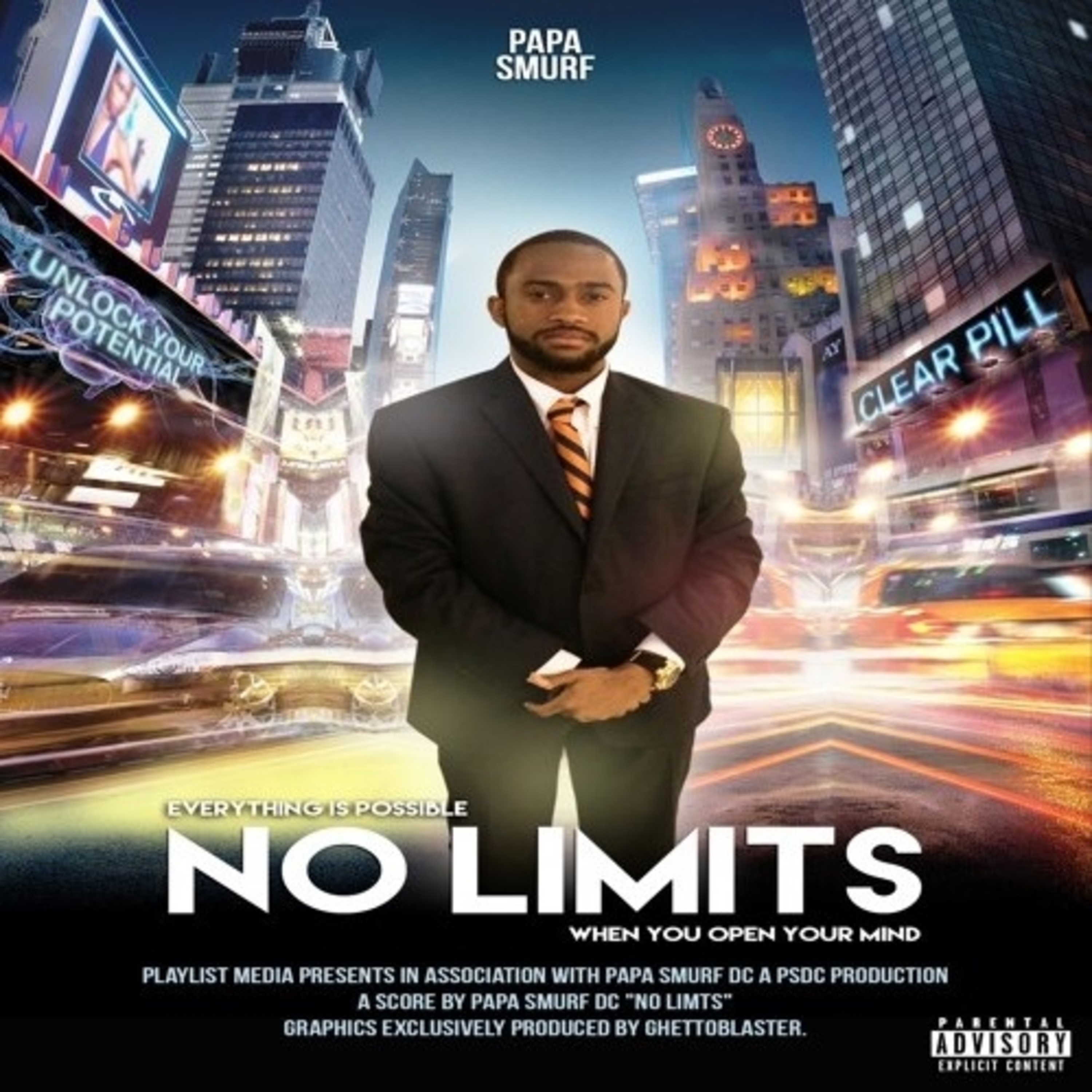 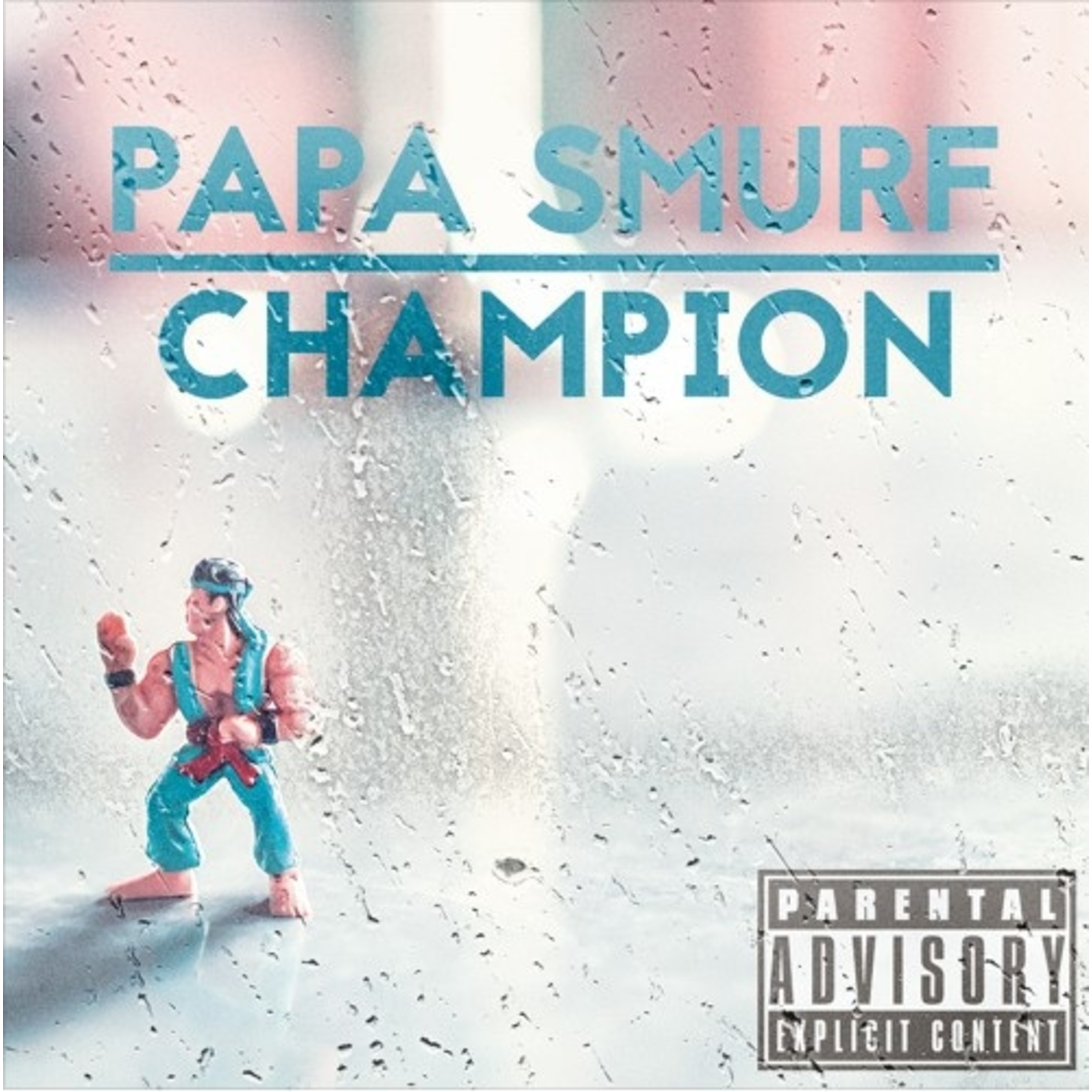 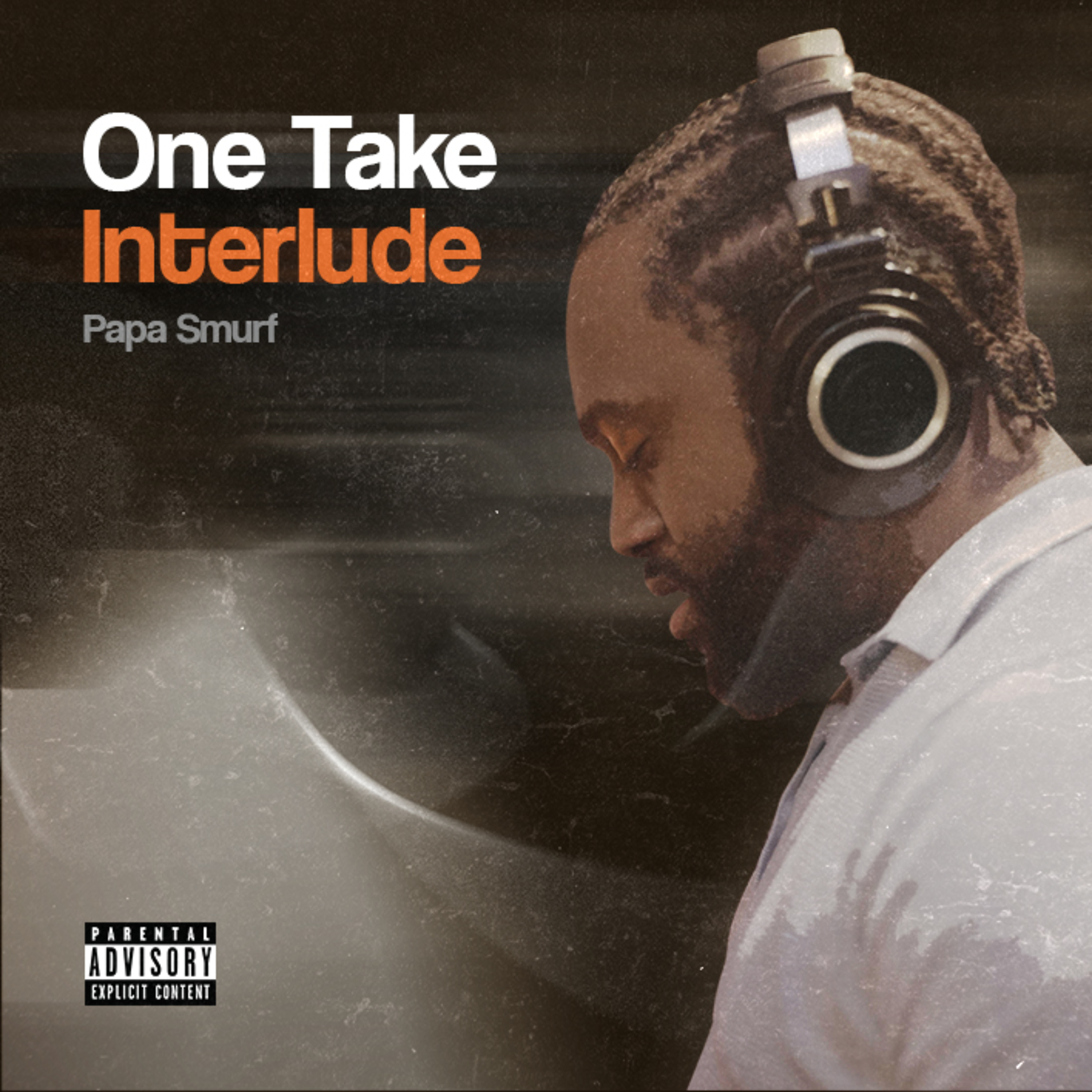 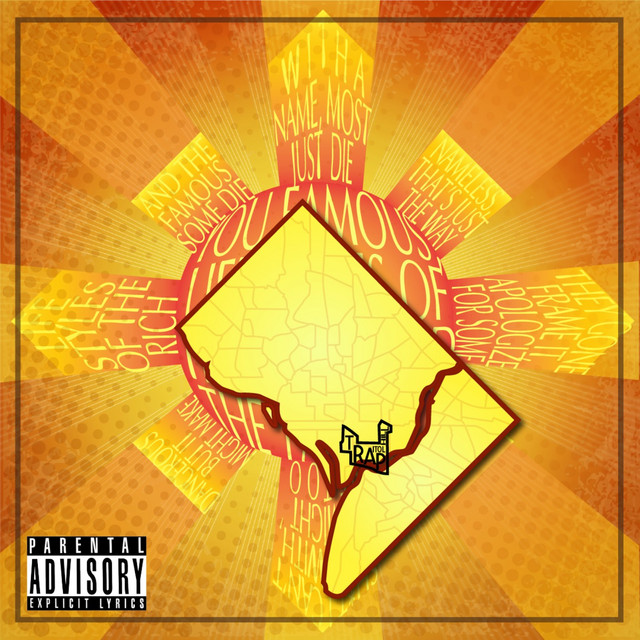 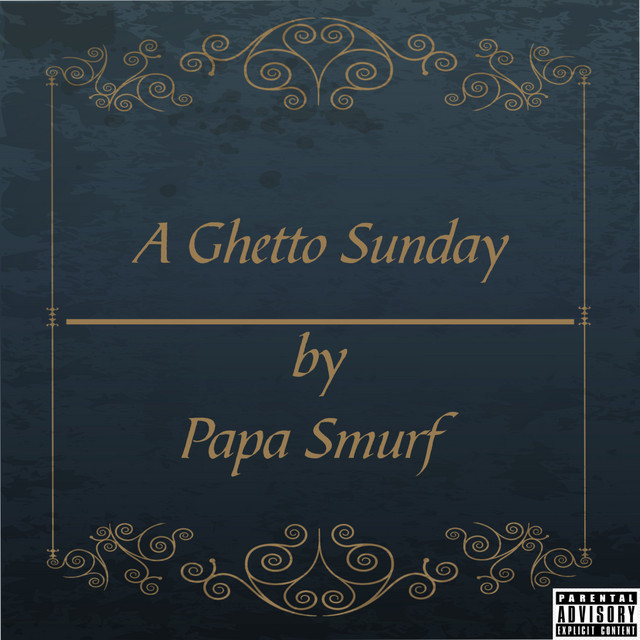 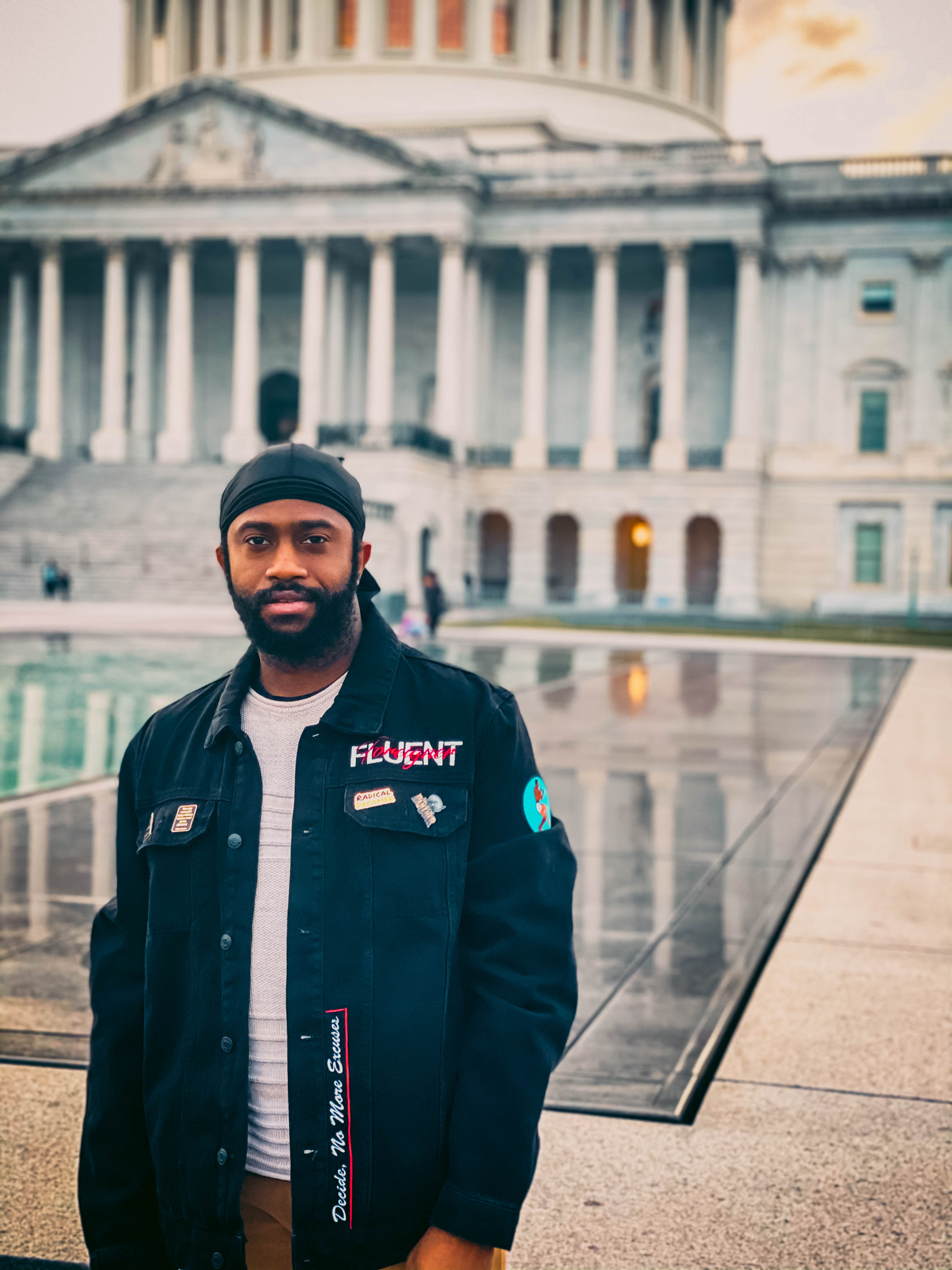 Sign up to the Papa Smurf mailing list for music, tour dates, merch and exclusive content
Your email address will be used by Papa Smurf to send you news and information. It will not be used for any other purpose.

Papa Smurf grew up during the eclectic 90s in Washington, DC quickly becoming interested in music, education, arts and culture. During his younger years, he learned how to produce, arrange and write songs, which often reflected his life’s experiences and topics considered ahead of his time. As a teenager in 2009, he released his debut mixtape, “A Good Mix.” Smurf came back in 2012 to release the “PS EP”, which was solely produced by himself. The next releases would come in the form of unofficial mixtapes and various cover songs released on his SoundCloud page. The first single credited to Papa Smurf was in 2015. The song solidified his talent for bringing stories to wax. The release was followed by . This song referenced to overcoming any obstacle placed before you. The smooth 80s style ballad touched upon the topics of police brutality and the inappropriate treatment of African-Americans at the hands of Law Enforcement. Growing up in the Capitol Hill Neighborhood of Southeast Washington, DC Smurf was able to experience the best of both worlds. The term “Trapitol Hill” was coined in the mid 2000s. The first four letters, TRAP, stand for “The Righteous Always Prosper” and is sometimes interchangeably stated as “The Righteous Always Progress” as a means to motivate people. Currently, Papa Smurf is championing his “Doing Numbers” campaign, where he is releasing a new single each week or as frequently as possible. Be sure to follow him on his journey.

“One Take Interlude” streaming on ALL Major Platforms today! ⠀ ⠀ Whether you’re my friend, associate, consider yourself my brother, family, or we’ve crossed paths in some other capacity do me a favor and Run the streams up. ⠀ ⠀ I literally went in the booth and recorded this one in One Take. ⠀ ⠀ The song embodies transparency, release, passion, pain and overall HOLDING your own. Just being on MAN TIME, which is something everybody knows I’m ALWAYS on. I don’t have to lie, fabricate, fake the funk or paint myself to be something that I’m not because I know THE RIGHTEOUS ALWAYS PROSPER! I am who I Am no matter what room I’m in. ⠀ ⠀ There’s a 1000 ppl who can attest to what I do and how I operate. They can tell their stories of how I’ve helped, influenced or impacted them. ⠀ ⠀ I never broadcast those stories because that’s what you’re supposed to do. Look after your people and BUILD. You LEAD and they will FOLLOW. But you gotta give People something POSITIVE and CONSTRUCTIVE to follow. I’m just blessed to be in a position to pick up where those who came before me left off. To be a beacon of hope for my city and the youngins who think there’s no other way.⠀ ⠀ The Righteous Always Prosper!⠀ Trapitol Hill 🏛

Friday Night Fishing....⁠⁠ Every Friday starting at 5pm until 8pm. Everything included. Great event for the kids or for adults. ⁠⁠ ⁠⁠ Appreciate my brother @sampkcollins for putting me onto it. Enjoyed myself out there.

"My Superstar stay LIT, I don't split, you can roll your own sh*t !!!"⁠ ⁠ Anyone that knows me knows that I'm friendly with 🌲🌲!⁠ ⁠ How you think I did on this @lilbaby Remix? #TBT⁠ ⁠

If I can't feel the beat, I don't wanna rap on it.⁠ ⁠ Music is a connection between the artist, producer, engineer and others involved. It's an entire process. ⁠ ⁠ DON'T SKIP THE PROCESS!!! KEEP CREATING!

I asked and you answered. I appreciate everyone who voted for the cover art of my upcoming single "One Take Interlude"⁠ ⁠ A little Background about the song: I was in the studio and time was winding down. This was the last song recorded during that session. I went in the booth and just started rapping. No breaks, no pauses, no punch ins or nothing! I wanted to go back and tweak certain lines, but my engineer was like "Naw, keep it RAW like that." Everybody in the studio was ion agreeance. ⁠ ⁠ As promised, everybody who voted for their favorite cover art will get to listen to the song before it drops on Friday JULY 23rd, 2021. I'll be DM'ing links out soon. ⁠ ⁠ A BIG THANK YOU to everyone who's supporting my music and helping promote my music as well. It means a lot to me and my team.⁠ ⁠ The Righteous Always Prosper!🏛️

#TBT I dropped this track in 2015. There was a lot going on in my life and there was a lot going on in the world. Up the road from me in Baltimore, Brother Freddie Gray was viscously murdered at the hands of corrupt police officers and a corrupt police system. He was 25 at the time, the same age as me. Given what was going on in my life, It provided a harsh realization that no matter what path you took in life, the system was out to not only get us, but to HARM US. ⁠ ⁠ I produced, arranged, mixed and mastered this track in my bedroom studio at the time. Even came up with a cover art to the best of my ability. ⁠ ⁠ In the end, All of the officers got off by mistrial, acquittal or nolle prosequi, which means the State was unwilling to pursue criminal prosecution. They instead moved them all to different units away from the West Baltimore units they were originally in. My heart still aches and goes out to the family of Freddie Gray and the people of Baltimore. No amount of money is worth a person's life. Money does not equate to Justice. ⁠ ⁠ "Just hold on, Keep Fighting cuz you CHAMPION"⁠ ⁠ Take a listen to the track today. Link is in my bio.

Sometimes you gotta be all by yourself cuz it's your dreams, goals and visions. Nobody else's. ⁠ ⁠ PRE-SAVE One Take Interlude on Spotify or Apple Music link in bio!

"Mama taught me how to count by counting blessings,⁠ Sacrifices every night keep me in proper settings.⁠ ⁠ "Shawty wanna lay up and talk about Confessions, ⁠ I ain't Usher, I ain't God, I can't make it better"⁠ ⁠ I think we really got one with this one. Might need a video shoot out West. Look how the Universe Works!

So I've been having a difficult time selecting the cover art for "One Take Interlude." I was hoping that y'all could help me out? ⁠⁠ ⁠⁠ Drop a comment with the slide number of your favorite cover art. (1....2....3...4)⁠⁠ ⁠⁠ For helping me out I'll give an exclusive preview listen to the new track before it drops.

"Manifest It, Anything I speak is TRUTH,⁠ Palms Open, Say A Prayer While I'm in the BOOTH."🤲🏾⁠ ⁠ The Righteous Always Prosper! 🏛️

As the month comes to an end let's take the time to Celebrate Black Music Month. Black Music has influenced so many genres, artist and cultural norms that we see today. Although the month of June is over, let's continue to celebrate Black Music Forever!⁠⁠ ⁠⁠ Can you name any of the Artist in the artwork? ⁠⁠ Drop a comment below👇🏾